Last week I was in Rochester, NY visiting my folks and got to thinking how I grew up right in the middle of the 'Burned-over District' and it was not covered in the public schools. Sure, there was some discussion of the "Second Great Awakening", but not in making the local connection. 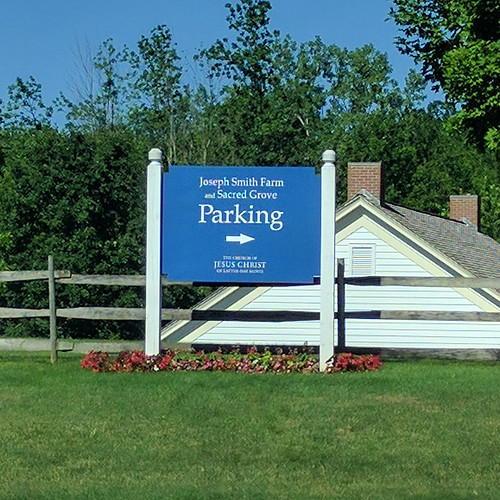 This is where the founder of the Mormons / LDS lived when he claimed to have a visit from the Angel Moroni who lead him to golden tablets that he later "translated" with the help of 'seer stones' (that even have names!)

The first stop is the Welcome Center where they had a married couple be my tour guides - "Sister Rowley" and her husband "Elder Rowley".  Of course Elder for the man and Sister for the woman. 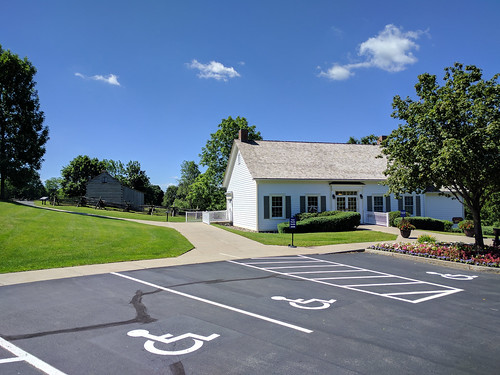 They did some probing to see how familiar I was with the LDS and what my interests were. The off to the first stop -- 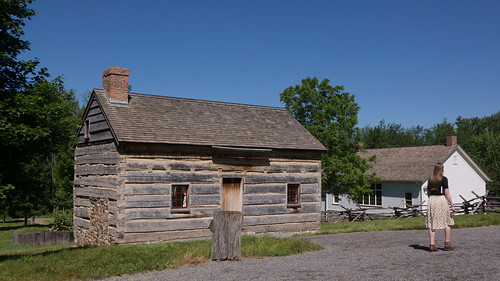 This structure is actually a reproduction on the same location of the original.  It was built to the 1800s building design and the interior was based on the diary of Emma Smith. 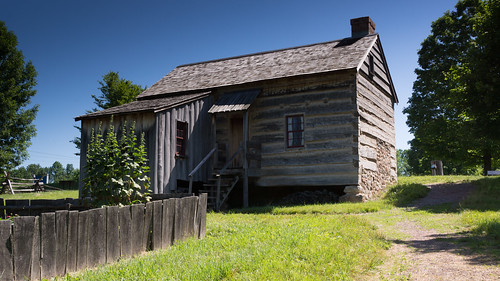 Unlike most museum reproductions where are not description cards around and all information is provided by the tour guides. 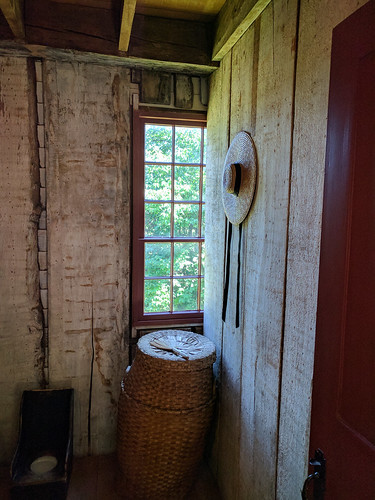 The next stop was the "Grandin Print Shop", where the Book of Mormon was first published. 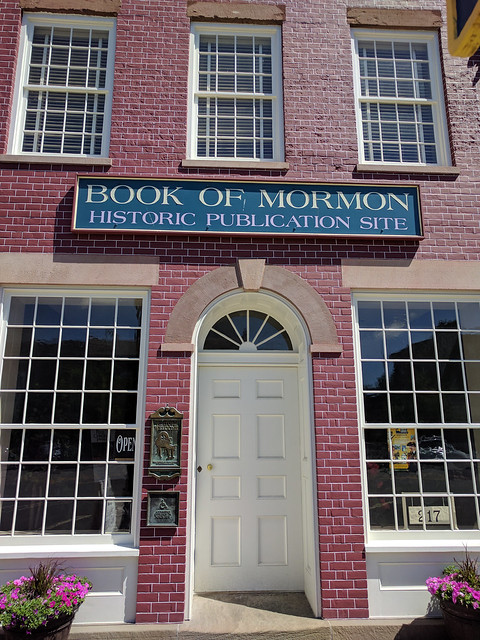 This is also now a Mormon owned location and is in downtown Palmyra.  Unlike the Smith Farm, this one is more museum-like with some more descriptions of the objects on display.  They also assigned me a LDS tour guide. 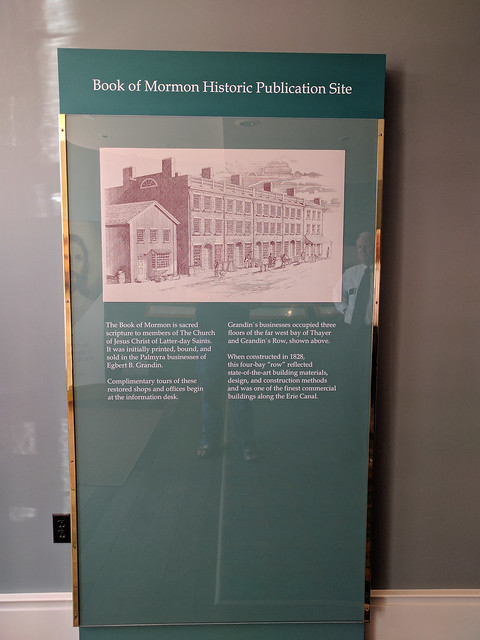 This is the business section of the print shop on the first floor where you can see example of what kinds of books were on sale.  Most books had the cheaper paper binding like on these top shelves. 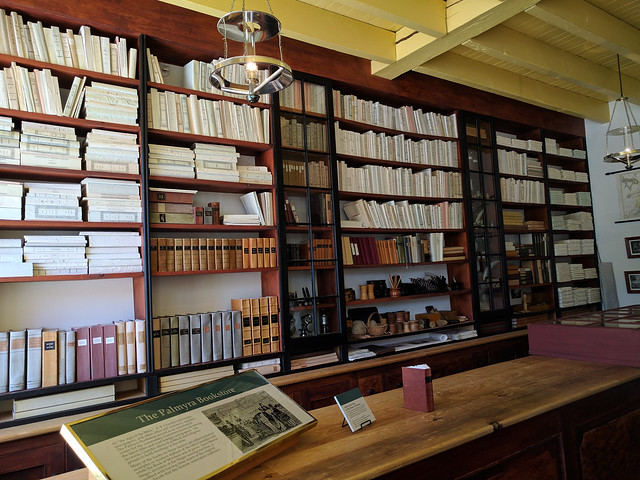 They have a clipping of the first advertisement for the Book of Mormon.  The guide said it is the from the first page of the BoM. I said it was smart using that, why take the effort to write a separate copy just for the advertisement.  He reminded me that Joseph Smith didn't write it, but translated the word of God. I didn't mention that it says "Author and Proprietor Joseph Smith" not "translator". Ok. Whatever. 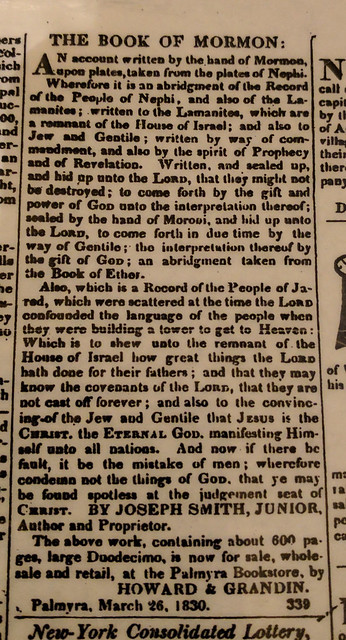 One of the few original items of historical note is this 1830 first edition of the Book of Mormon.  The guide said there are 700-800 copies still in existence (out of the original run of 3000). 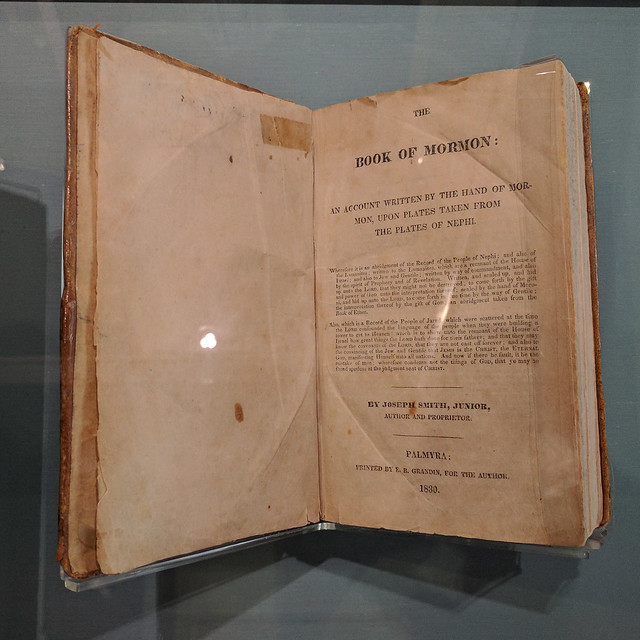 At this point, the tour guide asked me what my religion was. "Atheist." To which he said I was a "very curious person".  I took it not as "weird" but "inquiring and interested in stuff" since we were having a great talk about history up to this point.

The second floor is a reproduction of the working print shop. It is a little hard to see in the photo below, but on the left is where the print was set.   On the right are completed broadsheet paper used to print 16 pages at a time (8 each side)

The third floor was primarily displays of the LDS theology related displays.  I asked the tour guide about just where all the Lamanite / Nephite history took place.  When I was growing up it was assumed to take place in Western New York State, but lately it appears to be thought to be somewhere in Mesoamerica.  The was diplomatic and said The Church doesn't have an official view and research continues.  We agreed in many ways it doesn't really matter where it was since it was theological.  (And because it didn't really happen)

As mentioned before see all my photos here: Burned-over District self-tour (20160724)

As a bit of a palate cleanser, I then headed to Dresden, NY on Lake Geneva to visit the Robert Green Ingersoll Birthplace Museum.
Posted by MarcNo at 12:26 PM