In my last post, I described visiting a couple sites on a self-directed tour of 'Burned-over District' sites of Western New York State.  Essentially a couple Mormon-run museums last Saturday morning as I made my way to the museum I really wanted to visit -- The Robert Green Ingersoll Birthplace Museum in Dresden, NY.


If you think New York means only New York City -- you need to come visit. 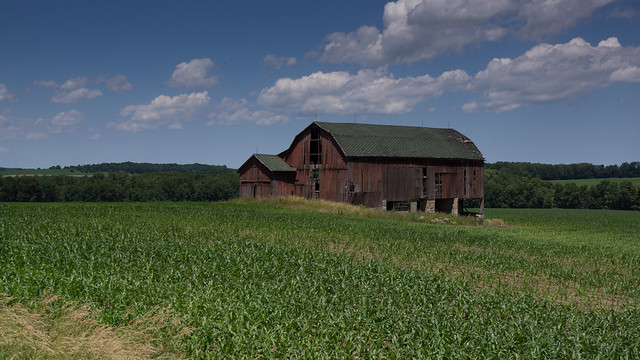 There is just so much farm land.

Eventually, I got from Rochester through Palmyra (See the previous post) to Dresden (south of Geneva) on the shore one of the Finger Lakes, Seneca Lake.

This is an attraction you need to seek out, not something you'd just stumble upon.

I recommend parking at the Dresden Post Office and walk over. 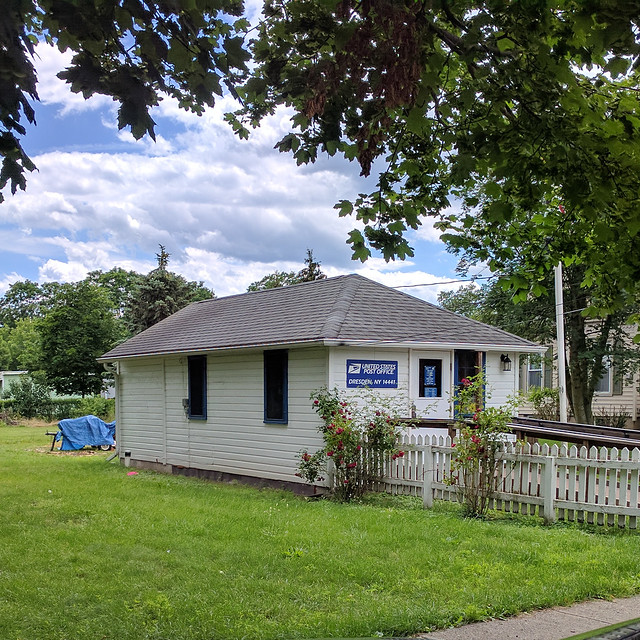 Across the street to... 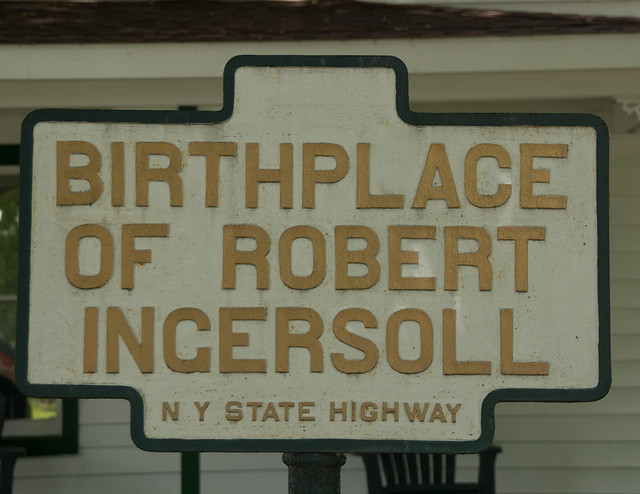 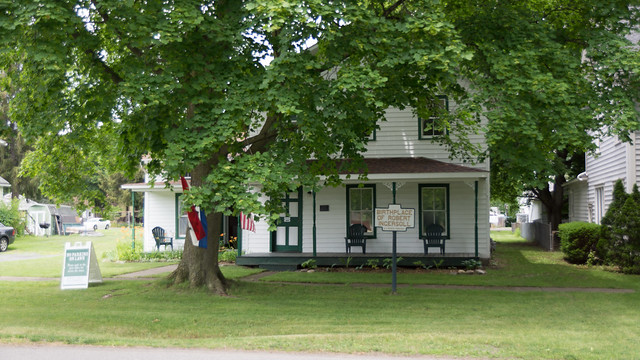 The Robert Green Ingersoll Birthplace Museum is a small place.  He only lived here for four months, but it is the only building associated with Ingersoll that is still in existence.

They are open only on the weekends, noon-5pm during the summer, so plan ahead.  I got there a little after 1 pm and was the first visitor for the day.  And the staffer said attendance is always on the slow side unless they get a tour bus.  I told her about my self-guided 'Burned-over District' tour and she told me about the Freethought Trail of which this was the first stop.  This real tour trail looks fantastic -- it includes sites related to, well everything good about the 19th century: Abolition, Birth Control, Freethought / Atheism / Secular Humanism, Scientific Knowledge, and Woman’s Rights / Suffrage.  I'll definitely be visiting more sites on this trail the next time I visit the Rochester area.

In many ways, this is a traditional museum with plenty of placards that describe what you are seeing. 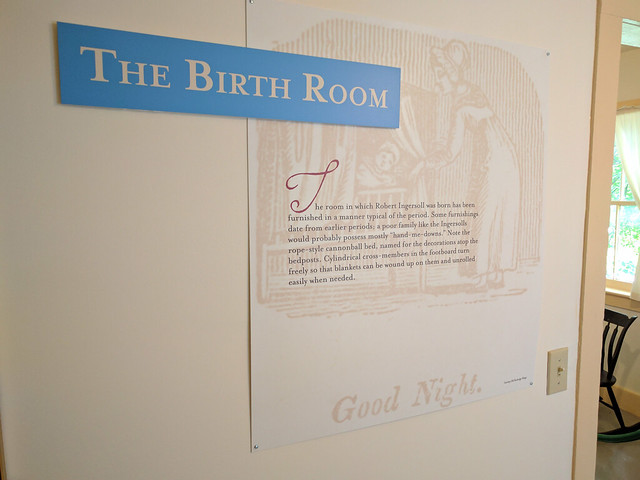 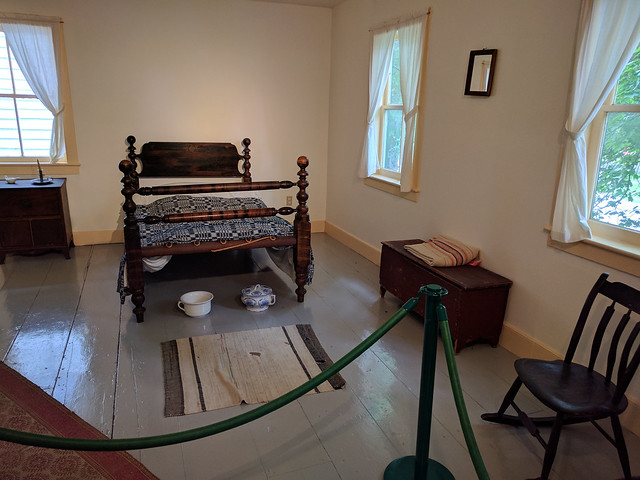 There is a TV that plays a Center for Inquiry produced 15 minute video about the life of Robert Ingersoll (also on youtube).  As the only visitor, the staffer just turned it up loud and I could hear it walking around the displays.

Here are some of the items on display: 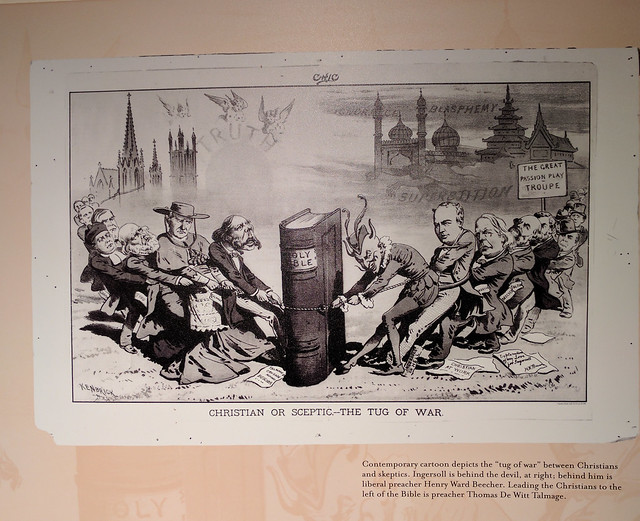 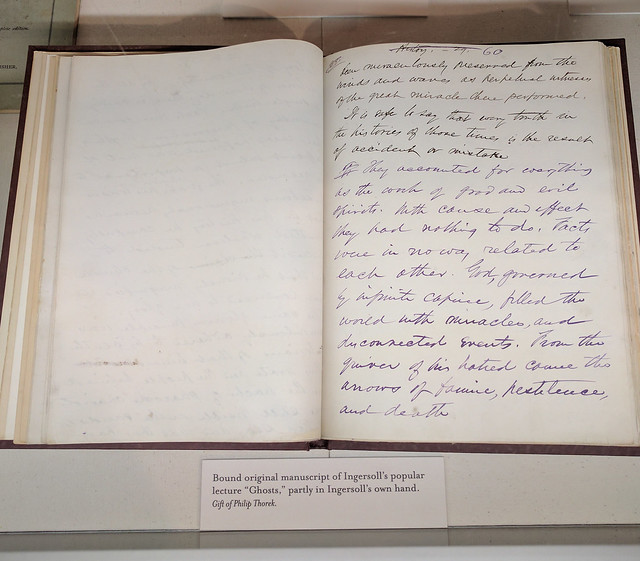 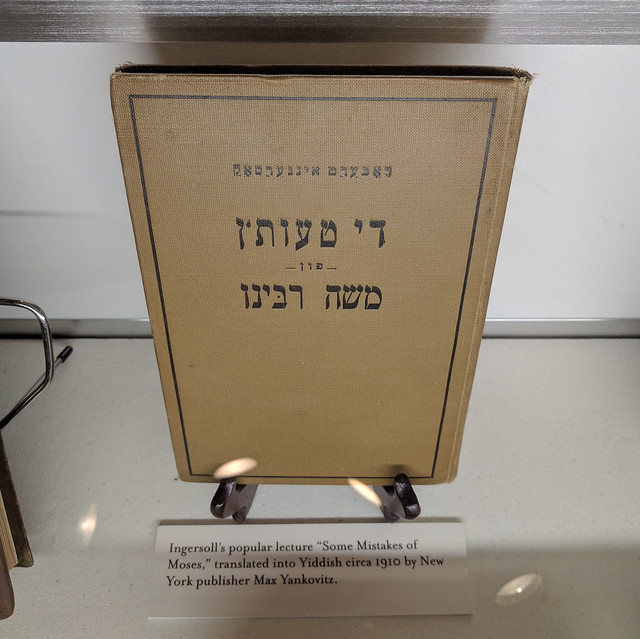 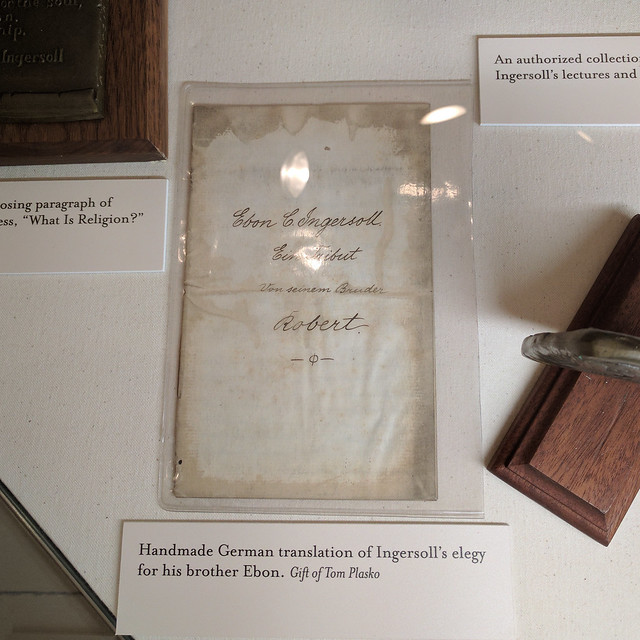 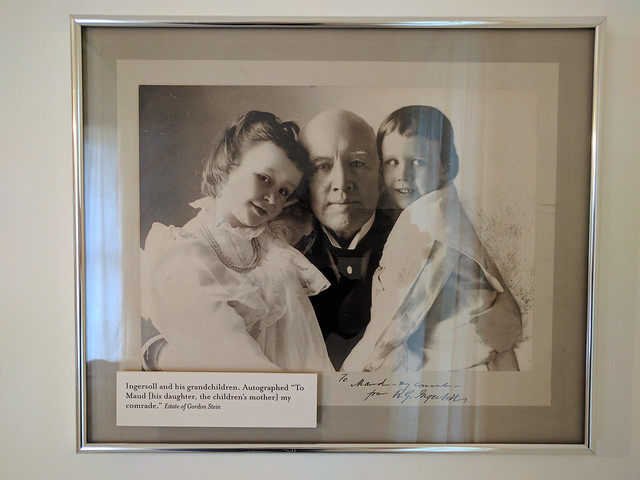 If you don't know who Ingersoll was -- do yourself a favor and read up on this lost genius.  I suggest "Ingersoll the Magnificent" by Joseph Lewis or "The Great Agnostic: Robert Ingersoll and American Freethought" by Susan Jacoby.  If you are lazy pick up this audio CD and give a listen to a couple of his lectures presented by a modern actor.  With small exceptions, his lectures hold up remarkably well.   You can't fault him for thinking the universe was steady-state...  Buy it here: 2-CD Set: Lectures by Ingersoll 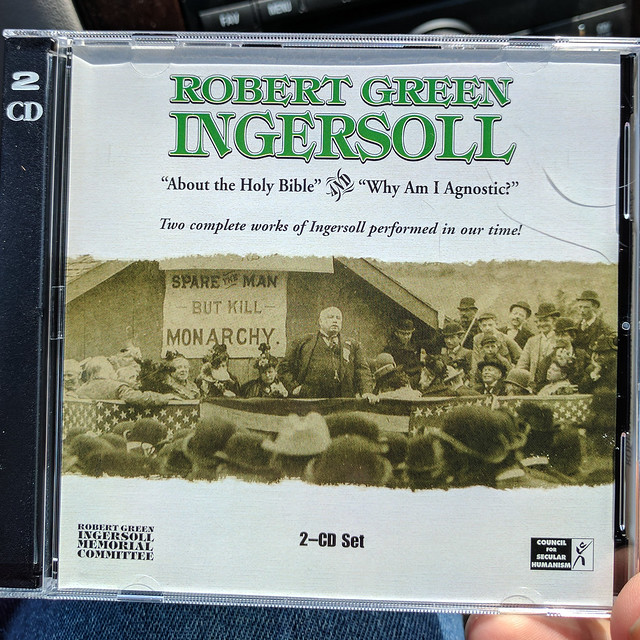 Part of the reason why popular culture has forgotten about this incredibly influential lecturer is he didn't publish any books nor create any sort of foundation to carry on his legacy.  We are all poorer for this.

See all my photos from the Robert Green Ingersoll Birthplace Museum and check out my write-up of visiting some LDS siteson in the same area. 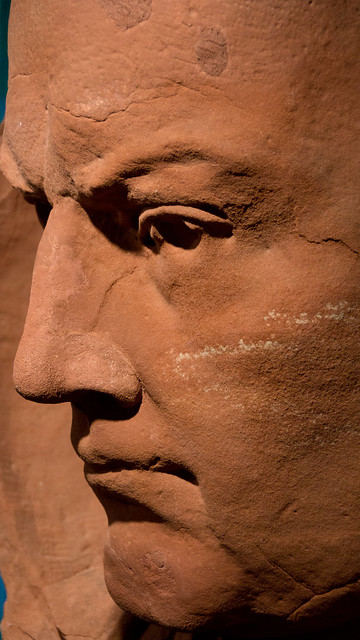